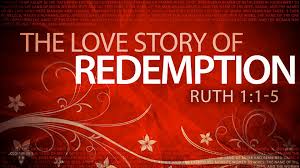 ​One of my favorite stories in the Bible is the story of Ruth. If you haven’t read it in awhile, go check it out!

I recently had the opportunity to visit, with my team of friends, Haven of Hope in Kenya. While we were there, I got to meet Anne, my dear friend Joseph’s bride-to-be. We all took a roadtrip together. It was crazy but that isn’t this story. You know how well you get to know people you travel with!? So I REALLY KNOW Anne and Joseph!

As Joseph and Anne shared their story with us, it became evident that the story God was writing across their lives was a beautiful one. A story of friendship, love, redemption, and future. It was just too amazing not to share with all of you.

The storyline we find in the book of Ruth very closely parallels the story of Joseph and Anne. Follow my train of thought for a moment and forgive me if I take too many liberties with the Scripture! I am not a Theology major, I just allow God to speak to me through His Word, so may His grace cover me!

Naomi is Haven of Hope. A vulnerable people, left without a mother to care for them in the passing of Nellie, and standing at an impass of what will happen next in their lives.

Ruth is Joseph (SORRY FRIEND). A young man who’s life exhibits admirable qualities: hard-working, loving, kind, faithful, and brave. These qualities have been displayed consistently in his life since the time he put his faith in Christ. Wherever Joseph goes, whatever Joseph does, and whatever hard things Joseph encounters, his character remains steadfast. He is known by people around him for his kindness and humble spirit. Joseph found himself at a bend in the road. The catalyst in his story was the tragic death of his wife Nellie and their newborn son. Not only was this a great personal loss, but it left him alone with “his Naomi” and many choices to be made.

Boaz is Anne (AGAIN SORRY FRIEND). A strong, loyal, generous, independent young woman who only God could write into the story. Anne has seen in her life many people give generously out of their abundance so that others could experience life and success. Anne would no more like being labeled “a redeemer” in this story than I am sure Boaz would have. But as in all things, that isn’t for Boaz or Anne to decide. Only God redeems. God writes our story and He chooses the characters and story lines if we are brave enough to follow Him. Anne is.

Joseph and Anne first met as they attended Bible School together at their church. They were acquaintances and Anne knew of Joseph and Nellie and the work they did for children through Haven of Hope.

After Nellie’s passing, Joseph encountered many hardships on top of his grief. There were many people that wanted to takeover Haven of Hope, many of them for selfish, ugly reasons. In the midst of his grief, as he was fighting for his family, Joseph was in a boda accident and his leg was crushed.

Sidenote: Through the grace of God and His miraculous power, Joseph received the treatment he needed and is well on his way to full recovery. The people that were bringing hardship and drama to Haven of Hope are no longer doing so. God is good. He brings us into the fire to refine us and make beauty from ashes. He is doing that in Joseph.

Joseph’s pastor, Pastor Sam, is Anne’s uncle and raised her as a daughter. Pastor Sam saw the struggles Joseph was going through and knew of the fierce tenacity of his niece to advocate for others. So he suggested they have lunch in the hopes that Anne could advise Joseph and bring encouragement and help for Haven.

At this first lunch, as Joseph shared his vision and dream for Haven of Hope, God began stirring in Anne the desire to become involved. Over time she would advise Joseph, give him a voice when he was at a time in life where he needed held up, and the two became good friends.

Throughout that time, God began writing across their lives a theme of love. Two people, brought together through tragedy, found a love that was strong, loyal, and good. On October 9th, 2015, this love story will have it’s official beginning at their union in marriage.

Sidenote: Gabe and I will be there and will be posting many pics and videos for you!

Just as in the love story of God bringing Ruth and Boaz together while providing for Naomi, He has clearly brought Joseph and Anne together and He continues to provide for Haven. The story of Ruth didn’t end with her marriage to Boaz. God’s redemptive story continued and He built His people on their union as they are the direct line to HIS son, our Redeemer, Jesus Christ.

Sidenote: At the risk of being sacrilegious, I don’t think that Joseph and Anne will be raising any Jesus offspring. Hopefully just normal children that grow to serve Jesus with their lives!

Just as Ruth didn’t know or realize during her lifetime her larger purpose, Joseph and Anne most likely will not know the full purpose and importance of their lives until they are able to look back from the perspective of eternity.

Sidenote: That last line is truth for us all!

May Joseph and Anne continue to make decisions based on God’s eternal values. May they continue to live in faithfulness to God and each other. May HE strengthen their love and commitment. May they believe that the significance of their lives and their story will extend far beyond their lifetimes. May the rewards and blessings they receive from God far outweigh any sacrifice or tragedy.

May God continue to write their love story over the years as only the Author of Life can.